The psychology of casino sounds and how they influence you 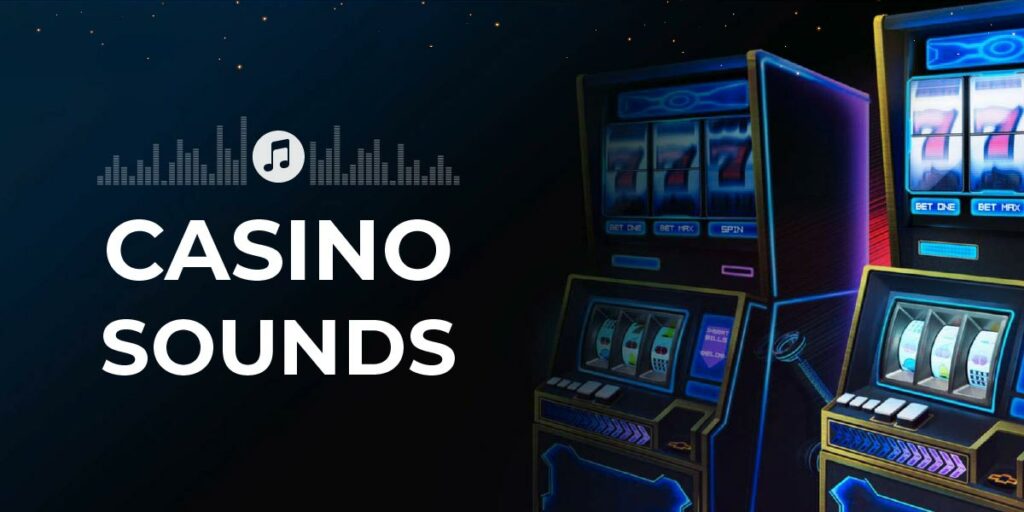 Have you ever wondered why the atmosphere in a land-based casino is so energizing and how you can feel that right from the front door? The same feeling appears when you play in an online casino, even if it may not have the same intensity. This happens because everything about casinos is carefully picked so that it will induce that feeling to you. The sounds and the music in gambling environments, be they online or land-based, can influence you more than you realize. Let’s see how!

Music in land-based casinos – a way to “hypnotize” customers

Properly chosen music seems to work wonders for many types of businesses. That is why supermarkets will play carols during holidays while clothing stores in the mall will play the kind of music that can make any customer feel like a model when trying on clothes. The choice of music adds to the customer’s experience and shapes it to seem more important and more fun than it would typically be.

The gambling industry is no stranger to his practice, and they have come to use it very well. Their purpose is to create a truly relaxing atmosphere for their clients, allowing them to spend hundreds and even thousands of pounds without even realizing it. Of course, this is done by a combination of elements, but a combination in which the background music seems to play a crucial role.

Even if you prefer to gamble in Las Vegas or the best casinos in London, you will eventually notice that there is not one silent gambling hall. However, you will probably never remember a single song you have listened to in these places. That is because most players do not even notice the music, which, even if it sounds counterintuitive, means it is perfect and it’s working.

In large casinos, different types of music will be played in different zones, from lounge to cheerful or loud music. Lounge music is often heard in the card and Roulette halls, as the players there are usually older and feel the need to focus. Meanwhile, upbeat and louder music is played in the slot machines zone, where younger players come, and there is no need to think or make decisions, as you would in a card game, for example.

All the songs are wisely selected for each zone, and their transition is perfect, there are no pauses. This keeps the players in the atmosphere, almost hypnotized, feeling calm and in the mood to play, have fun, and maybe even win.

Another interesting thing casinos do is that, even if the Roulette and cards zones have their own atmosphere, things are arranged so that these players will also hear the sounds of slot machine wins in the background. This has a very good chance of subconsciously convince them to try the slot machines themselves.

We have discussed how music and sounds shape land-based casinos’ atmosphere, but what about online casinos? They surely have a difficult time recreating the gambling halls’ atmosphere, but they sure do the most to achieve that. Since there is no background music, the casinos rely on the games’ music and sounds to do the job. Gamers can see this even on the top online casinos in the United Kingdom, and it is a common practice.

The sound effects in slot machines

When it comes to slot machines, everything is carefully selected by the software developer in the game creation process. This includes the colours, animations, symbols displayed, and, last but not least, the music and the sounds.

Slot machines come with their background music, which, even if it can be muted, players often let it play because it is usually chosen to match the game’s theme. This helps the gamer mentally teleport into the world of that game, be it a movie, a culture, or merely a mood. The music is always upbeat, and during a special feature, its tempo increases. This is often perceived but overlooked by players, but it does an essential job – it makes them expect a win, be more alert, and, implicitly, it raises their adrenaline level.

Once the special feature is over, the music’s tempo comes back to normal, allowing the player to relax for a minute. This emotional rollercoaster is part of what makes the experience so interesting. However, another critical factor in this is the particular sounds the game makes. Aside from the music, the gamer will hear certain sounds that tell them when a special symbol has landed on the reels or even the unmistakable sound of coins dropping when they win something. Bigger wins come with even louder sounds and flashy images.

Studies have shown that the combination of sounds, music, and flashy images in a slot machine greatly contributes to the time and amount of money a customer spends when playing. It also increases the player’s desire to win big, according to research conducted by the scientists at the University of Alberta.

Research confirms that gamblers prefer a game with sounds and visual effects associated with winning, such as coins dropping, over a less risky game and even with better winning odds. This shows how important these things can be, even if most of us often overlook them.

Live Casino – the efforts to recreate the land-based atmosphere

It may be easy to add background music and some sounds to a slot machine, but some players prefer to play Live Casino games. Now here, the casino needs to best recreate the atmosphere the gamer would enjoy in a gambling hall.

While in the slot machine zone, the music can be louder because players are relatively quiet, in the cards and Roulette zone of a land-based casino, the music volume would be lower, and you can hear a lot of chatter. The croupiers, the players, chips being handled, cards being shuffled, there are many sounds that mix and create what could be called noise, but it is a noise that sells.

This type of noise can be heard in any gambling hall, and, to recreate it, most Live Casino games are live-streamed from a room filled with croupiers, each conducting their own game. This means that when you play Baccarat at one table, you will see and hear the other croupiers in the back talking to the players at their table and shuffling the cards. Even if it does not come close to the one in a real casino, this chatter does an excellent job at helping the player get in the right mood to have fun and spend money.

What are the psychological effects of these sounds

Years of marketing and consumer behaviour studies have shown that music can alter the consumer’s mood and emotional state, which, if manipulated correctly, will lead to more sales.

Researcher Robert Milliman found in 1982 that the pace of in-store traffic flow and volume of daily purchases are significantly increased by the tempo of instrumental background music. Studies have shown that customers are quick to abruptly leave a store with no music or background noise because it makes them feel anxious, and as if all the attention is focused on them. This further confirmed that music and sounds are potent retail tools, and other businesses have since started to apply that too.

The casino industry has evolved, and it now uses all the available tools to attract and retain customers. In the late ’90s, video games had non-linear noises and adaptive music, but with the development of gambling sites, online casino games have changed too. MIT Anthropologist Natasha Dow Schull has found instances of the “universally pleasant tone of C” in many online slots. This was created back in the 90s by the director of Silicon Gaming, who wanted to obtain the perfect note for all slot machines.

Professor Marcia Spetch from the Department of Psychology at the University of Alberta concluded after extensive research that the sounds players hear when they win on a slot machine might increase their desire to play. They make the game more attractive and bigger wins even more memorable. These sounds distract players.

Furthermore, it is well known that land-based casinos do not have any clocks around so that players won’t notice how much time they have spent gambling. This is also done through the background music, which is more like an infinite loop of similar songs. If each song would be significantly different than the previous ones, gamers would subconsciously end up having an idea of how much time they have spent in the casino by thinking about how many different songs they have heard up to that point.

Visual and auditory cues are used to make players want to gamble more, spend more time in the casino or on the gambling website, and not think about the money they are spending. Many other businesses use the technique, and there are multiple studies that prove how effective it is. In fact, it is so effective that many psychologists say it could contribute to gambling addiction. Luckily for players, online casinos offer them the option to mute games, pay more attention to their spending, and even set a timer to receive a pop-up reminder to take a break.

The information presented in this article comes from the following sources: